Countdown to the Big One!

Well the cutting has been done and the van is packed and I'm all ready to go to the NEC in Birmingham for the Festival of Quilts which is probably now the biggest show in Europe.
But as I will hopefully show you tomorrow there is still a lot of hard work to be done before the show opens on Thursday at 10am! 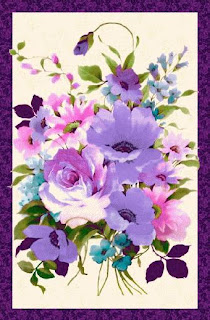 I have just had a couple of small deliveries arrive just in time for the show; a new fabric collection called Le Spring Bouquet from Lyndhurst Studio which features a large centre medallion panel and co-ordinating floral prints in two colourways. 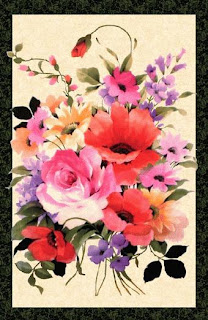 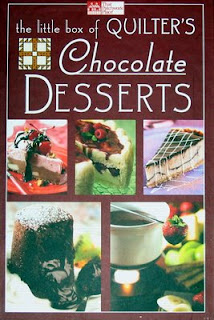 and I have also had a fantastic gift idea delivered for all your quilting friends who are chocoholics....which doesn't narrow the choice down much!! A great little box of chocolate recipes that also feature a block to make on each recipe card
So until tomorrow when I will try and post pictures from the setting up of the booth....
Posted by Joanna at 17:12

Joanna
UK
I am the owner of The Crafty Quilter, an online quilt shop. Check out my blog for the latest fabrics and products available online through my website and my eBay store.